Leakage caused for reflashing around the chimney of this home. 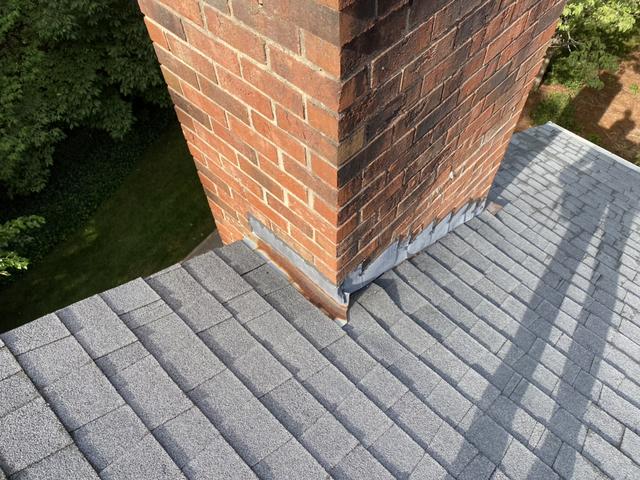 Rust stains due to leaking can be seen around this chimney. This means it's time for a reflash. 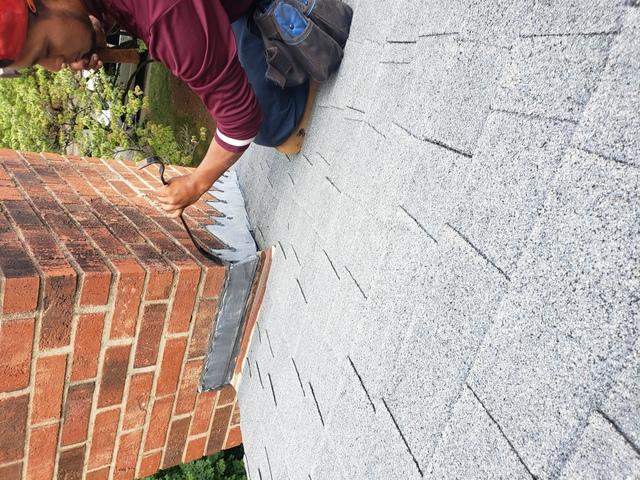 Here we began to remove the existing flashing around the chimney in order to begin the reflashing process. 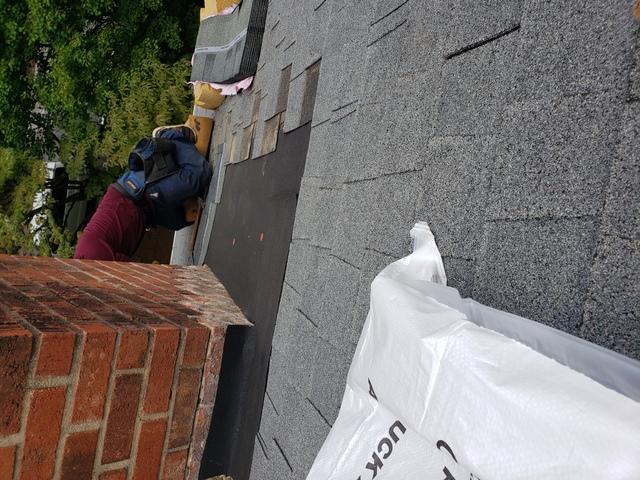 Removal of Shingles Around Chimney 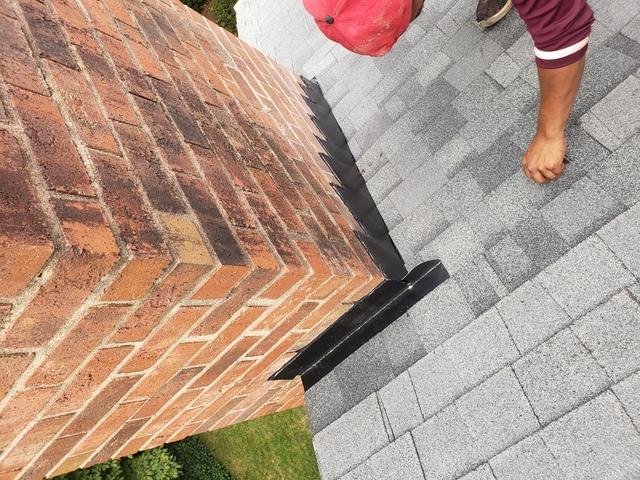 All flashing is installed at this point. We have now created a waterproof seal as well as applied caulk around the new flashing.

Back to Previous Page

We serve the following areas